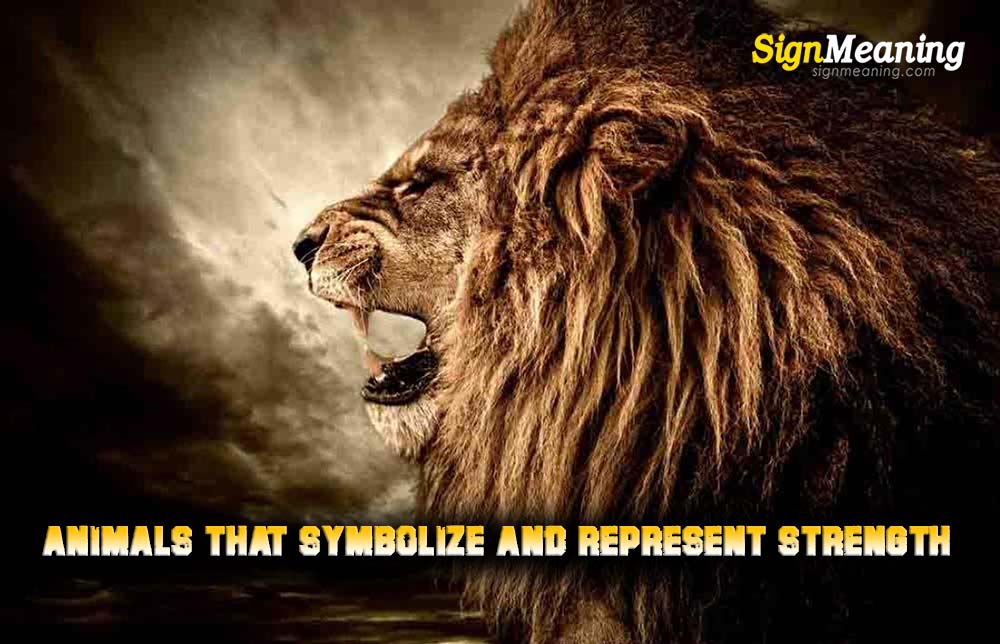 Human beings consider strength, triumph, power, and success, values they should strive towards. They ache to achieve victory and become the best versions of themselves, as well as count with the endurance to help them achieve this goal.

There are countless animals that are deeply linked to the value of power and energy, and there are also different ways of defining this abstract concept.

In this article, we’ll take a closer look at 7 animals that represent strength, and how you can channel them to embrace your inner power.

Horses are noble, strong creatures that inspire awe in those who watch them gallop away into the horizon.

They represent more than mere strength but are also linked to endurance and elegance. They also are the symbol of freedom, though admittedly one must count with strength both in spirit, mind, and body to achieve this power

White horses are more linked with liberty and sunlight, with good intentions and kindness. Meanwhile, its dark counterpart is associated with the power of nightfall and the moon, as well as the spiritual world.

Native Americans believed the horse is a combination of the earth’s raw power and the wisdom found in the wind, which is granted to it by the world of the spirits. It grants humanity a rebellious connection with the spirit realm, and allows us to break free from our chains and take chances even when we feel weak to change our reality.

The lion is known as the king of the jungle, and for good reason. It’s beautiful and royal, but also deadly and strong. They link together the concepts of power, with bravery and pride, making them true monarchs we can learn from.

In the Christian tradition, the lion is mentioned as a symbol of strength as well as spiritual rebirth and resurrection. They are powerful protectors, and anyone identifying with the lion will have an inner, raw power that cannot be silenced, no matter how people around them might try.

In the Zodiac, the lion is represented by the star sign Leo. Those born under this star are blessed with natural leadership skills, and people will instinctually follow their lead, trusting their wisdom and knowing they’ll be protected by the lion’s strength. Leo is a fire sign, and they usually tend to be vivacious, proud and determined. Their endurance is unmatched by any other sign, and they’ll always have a helping hand for those who follow behind them.

Lions are incredibly social animals, so their strength is deeply linked with society and guidance: There is far more to them than physical power.

Massive and intimidating by nature, there are no doubts when it comes to the strength this imposing animal represents.

Their power is usually raw and wild, usually connected more to the physical world than the mental or spiritual realms.

In the past, hunters who were considered to be particularly brave would wear the fur of the bears they had hunted themselves. This would supposedly grant them the spiritual energy from their prey and allow them to become better hunters themselves.

If you identify with this magnificent animal, then you are most likely incredibly protective of your loved ones and friends, and can be prone to fits of blind anger when they are threatened in any way.

This is among one of the most popular animals that represent strength. They may seem prone to solitude and loneliness, but in reality, wolves are pack animals and work best when surrounded by their families.

Wolves are linked not only to strength but also freedom, leadership, and cunningness. They are courageous and protective animals who shine the most when they are surrounded by their pack.

In the case of this animal, their true power is in numbers, in the unity of their group and their family. If you identify with this creature, then you put your loved ones above all others, even your own comfort, and safety. You would do anything to protect your pack, but are smart about it, rather than just jumping into action.

The wolf is also intimately connected with the night, the moon and the world of the spirits.

Though no one would doubt the elephant’s raw and massive power, they also represent nobility and quiet wisdom. Though they could easily destroy everything around them with a few stomps due to their great size, they are far more commonly linked to peace and calm.

Elephants may grow angry and resort to violence, yet they’ll usually be associated instead with longevity, spirituality, and wisdom.

They are sacred creatures in India, offering good fortune, wealth and happiness to those who are kind to it. The God Ganesha is shown as a young man with the head of an elephant, after all.

They are considered to be natural leaders that uphold honor above all other virtues, and anyone feeling a connection to this elegant animal would surely share the same traits.

The elephant is utterly gigantic, that is true, but inside lurks a gentle heart most people believe to be incredibly wise.

The ram is the animal represented by the zodiac sign of Aries. Those born under this stare are usually incredibly confident, determined, strong-willed and detail-oriented. This sign is linked to a more mental and spiritual strength, as there is no way to dissuade an Arian from following their math once they’ve made up their mind.

Those who feel a connection to this impressive animal usually are more rational-thinking and tend not to let their emotions get the best of them. They are also incredibly persistent and unashamed of following their goals, believing the ends justify the means.

Rams are indeed hard-headed, both literally and metaphorically. They tend to attack problems head-on, by ramming their heads against anything that stands in their way. This can be interpreted as people who identify with this creature to always consider the alternatives rationally rather than focus on what their hearts have to say on the matter.

Though most felines are linked with power and strength, there is no doubt that the lion and the tiger share the podium.

While lions are leaders and tend to need their packs to feel comfortable and safe, tigers tend to be lonesome and fearless hunters.

This beautiful feline is associated with concepts such as royalty, prosperity, elegance and raw strength. They can be, however, ruthless when following their dreams and their prey, so they won’t allow anyone to stand in their way… no matter the consequences.

They are particularly enduring and longevous animals and those people who feel a connection to them might not measure the consequence their actions might have for those around them. They tend to be overly ambitious and even arrogant, but undeniably brilliant and powerful.

2 thoughts on “7 Animals That Symbolize and Represent Strength”