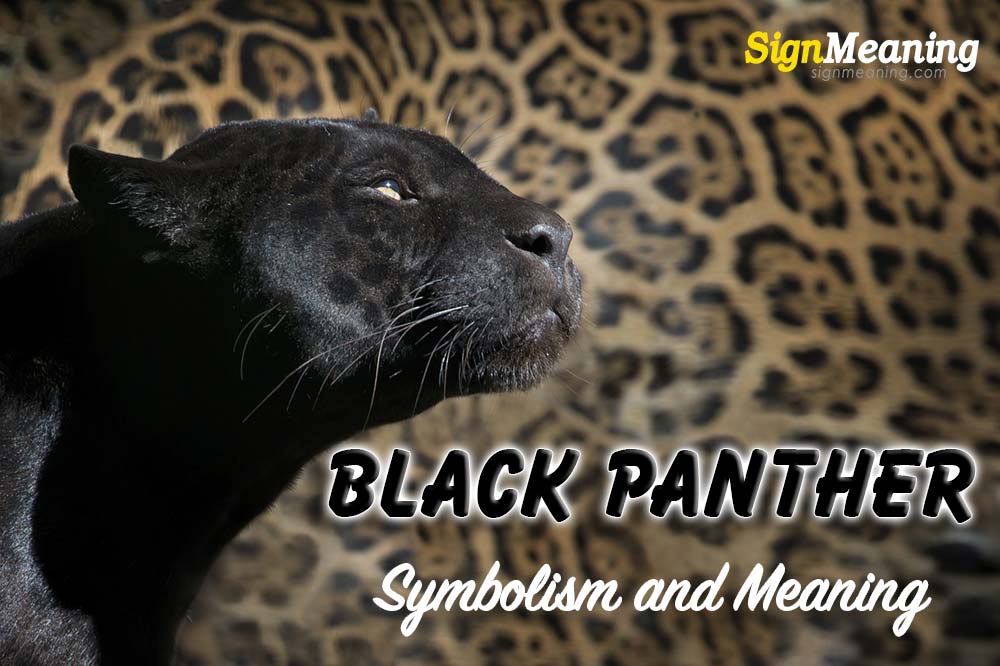 The black panther is a beautiful, wild and mysterious feline that easily captivates the hearts of mankind. So it’s no wonder that it should be associated with countless different symbolisms. In this article, we’ll explore the hidden meaning behind this wild cat, and explain what it means to have a black panther as a spirit animal.

Black Panther as A Spirit Animal

If you feel like you have a black panther as a spirit animal, then you must be a person of great inner strength.

Black panthers are considered to be powerful and strong creatures, respected by people all around the world. They have fascinated mankind for centuries, making them wonder what hides behind those big golden eyes and their agile movements.

A person who has a black panther as a spirit animal will most likely be enduring and strong, both emotionally and physically. They’ll be able to withstand great obstacles and continue ahead with their dreams no matter the problems they must face in the process.

People around them usually feel like they have a balanced and idyllic life, which might be true, but nothing comes easy to the black panther. Those who identify with this animal work hard for everything they own and everything they obtain.

They may be prone to violence, though it’s not a fit of explosive and blind anger, but rather a cold and calculating fury. It’s dangerous making them angry, so it’s always best to keep on their best side. They won’t strike immediately, but the blow, either metaphorical or literal, will eventually land with extreme precision.

Those who are born with the black panther as their spirit animal, are usually incredibly brave and will never be intimidated when following their goals. They’ll keep moving forward and face all adversity with a bold disposition.

The black panther is a natural predator: A silent and precise hunter, so it’s no wonder those who feel a link with it are also calculating and smart. People probably describe them as cunning and relentless.

They tend not to accept other people’s advice, even when it might benefit them to do so. They might sometimes be too proud for their own good.

Those connected with the black panther on a spiritual level are usually incredibly intuitive, as this feline is linked with the occult and the night. They tend to be able to read other people’s weaknesses and exploit them with ease.

Some may describe them as cold, but they usually just have a hard time opening up. When they grow close to someone, though, they are incredibly loyal and will defend their loved ones without hesitating.

Those guided by this spirit animal are usually natural-born leaders, and they inspire those around them to act in certain ways with ease. They can be perceived as aggressive in certain settings. They benefit greatly from a competitive environment at work, where their leadership can really shine.

Those born with the panther as their spirit guide can be great lawyers, politicians, stockbrokers, and pro athletes. Their natural aggression can be transformed into a positive trait through their work in this way.

Being naturally empathic, they also make for ideal spiritual leaders, but in order to help those around them, they must learn to control their temper.

Black panthers are incredibly cunning, and so those connected to it are usually great at making quick decisions, especially when under stress.

Symbolism of the Black Panther

Various cultures have been fascinated by this beautiful feline and for good reason. So it’s no wonder different interpretations and symbolisms have been linked to it through the centuries.

The native Americans believe that it’s deeply connected to the jaguar, and they share a lot of the same traits. They represent deadly attacks and are usually linked with death and the afterlife. Native Americans also believe that the black panther and jaguar alike are a representation of royalty and power, so they are usually named during ceremonies involving a coronation or the birth of a new leader.

The Chinese link the black panther with controlled anger and aggression, and they are often associated with the desire to defeat one’s inner demons and the advertising each person faces. Violence and anger can blind us to reality and letting go of this hostility helps us better understand the future and take responsibility for our own actions.

In ancient Egypt, the panther was highly respected, and many priests evoked their image in order to bring protection and endurance to those who asked for blessings. Felines hold a special place in Egyptian mythology, as they are often linked to royalty and godliness.

They even had a place in the Greek Pantheon: Ailuros was a minor goddess, similar to Egypt’s Bastet. Meanwhile, in Rome, people often filled the walls of the temples with drawings of the black panther.

Africa has a long tradition associated with the panther, and they usually are said to represent freedom, resistance, and revolution.

Much like its fur, the panther is deeply associated with darkness, as well as intuition, magic, and nightfall.

They are stealthy and mysterious, hunting their prey covered in shadows. They are considered to have a profound connection to the spirit world, as they usually seem to perfectly blend with the darkness which surrounds them.

Some cultures believe they are heralds of the gods of death and help carry messages across the thin line that divide the dead from the living. They also can guide lost spirits find their way to the afterlife.

They represent humanity’s fear of the unknown, the danger that lurks in the shadows. They are beautiful and enticing, as any mystery is, but also dangerous to follow as they are natural-born killers who can strike us dead with a single blow. These traits are often used as warnings to stop those who are too curious from trying to discover more than they are meant to, as the occult may hide dangers we can’t even begin to imagine as mankind.

So panthers tend to be connected both to the temptation to discover the occult and with the warning not to let ourselves be overwhelmed with curiosity.